HealthWorks Professional Hypnosis in Regina focuses on sports hypnosis and addiction treatment for the Regina area, across the country or around the world.

According to the Mayo Clinic, hypnosis is defined as:

A state in which you have heightened focus and concentration. Hypnosis is typically done with the help of a therapist who may use verbal repetition and mental images. When you’re under hypnosis, you usually feel calm and relaxed, and are more open to suggestions. Hypnosis can be used to help you gain control over undesired behaviors or to help you cope better with anxiety or pain. It’s important to know that although you’re more open to suggestion during hypnosis, you don’t lose control over your behavior.

Hypnosis has been found to be extremely effective in managing and correcting unwanted habits and behaviors which makes it an excellent tool for athletes wanting to make positive changes in their performance. 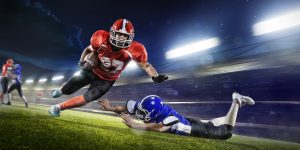 What Is Sports Hypnosis?

Sports hypnosis is directed towards improving sports performance. It’s used by all levels of athletes from youth recreational and amateurs to  high level professional and olympic athletes, and it’s successfully used to get better results in just about every type of sport. But how does hypnosis, which is concerned with the mind, help with sport, which is all about the body?

The idea of mental factors being just as important as physical factors in sport is nothing new, and is probably as old as sport itself. In the 20th century, this idea was developed by the new science of psychology. The term “sports psychology” has been in use since at least the 1920s, and the Soviet Olympic squads of the 1950s famously employed teams of psychological coaches. Sports psychology began to be taught at universities, and it gradually became big business, as major league teams and players added sports psychologists to their staff. Sports hypnosis is part of this movement, and can be seen as a practical sports psychology tool.